Can Arsenal Make It A Perfect 10?

Arsenal are hoping for a 10th consecutive win in all competitions when they welcome their opponents Leicester City to the Emirates Stadium on Monday night.

Arsenal have started to find some solid form under new boss Unai Emery to unexpectedly keep the pace set by their top-four rivals. Leicester could find themselves all the way up in eighth place if they can pull off a win of their own.

We ran this match through our Head To Head and this is what popped out. 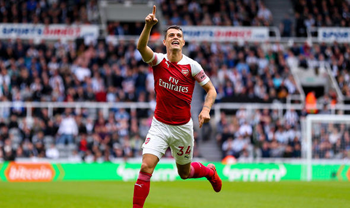 Many pundits and fans alike believed it would take Emery time to stamp his own identity on this Arsenal team after such a lengthy tenure under Arsene Wenger, but after an early season stutter he seems to have hit the ground running. Many fans who initially feared the worst are starting to feel feeling extremely optimistic about the current campaign.

As always seems to be the way, there are plenty of concerns regarding Arsenals defence (which has long been an issue even under Wenger) with quality sides expected to cut through their back line and Arsenal's only two matches against direct top-six rivals have resulted in their only two defeats so far.

Despite their defensive fragility at times, there seems to the mentality of trying to outscore the opposition, and at the end of Round 8 only Manchester City have scored more goals than them in the league.

The last time Arsenal won 10 games on the bounce was when a run of 12 ended in October 2007, and with matches against Leicester, Sporting Lisbon, Crystal Palace and Blackpool to come, it is entirely possible that they could surpass that during their current run.

Emery's side will undoubtedly be favourites heading into each of those matches, but they are under pressure to pick up 3 points in tonight’s clash to after weekend wins for Manchester City, Liverpool and Spurs.

Victory against Leicester would see the Gunners leapfrog their bitter North London rivals Spurs into fourth place on goal difference. A big enough win and they could even see them overtake Chelsea into third, putting them a mere two points behind the leading pair.

Amazingly, after such a pessimistic start, the Gunners find themselves five points better off than at the same stage of last term.

Alexandre Lacazette and Pierre-Emerick Aubameyang have proven that they can not only play together, but also complement each other's game, which has helped Arsenal to score 27 goals during their nine-game winning streak, with an average of three goals per game. 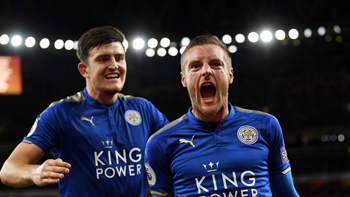 It has been a mixed start to the season for Leicester with four wins and four defeats from their opening eight games, scoring 14 goals and conceding 12 to leave themselves mid-table.

Currently sat on 12 points, the Foxes have double the points tally they had at this stage last season when they lurked deep in the relegation zone.

With a win tonight Leicester could even leapfrog both Manchester United and Wolves and leave themselves just three points off the top five.

Despite the mixed results, this is Leicester's best start to a season since their title-winning campaign in 2015-16, although both meetings against Top Six opposition have ended in defeat.

Claude Puel's side also lost their last outing before the international break when they failed to hold on against Everton with 10 men, going down 2-1 at the King Power Stadium after Wes Morgan was sent off in 63rd minute.

Leicester however did win their most recent away game against Newcastle, and with their next four away days against teams in the bottom half, it could be their form on the road which keeps them battling to be in the top half during the build-up to Christmas.

The Foxes have won two of their last three league games on their travels which is as many as they’d won in their previous 11. They could also record back-to-back away victories in the top flight for the first time since March.

Their record in London however, leaves a lot to be desired, with zero wins in their last seven visits to the capital.

Arsenal welcome Mesut Ozil back into the side after the German missed the win over Fulham.

Danny Welbeck, who pulled out of the England squad with a hamstring injury is understood to have now fully recovered from the problem and could be in the squad.

There will be late fitness tests for Petr Cech who faces a battle to win his place back in goal from rival Bernd Leno.

Laurent Koscielny and Konstantinos Mavropanos are definite absentees and Emery may well make changes to his side after leaving out Aubameyang and Ramsey against Fulham.

The Foxes will be without Morgan due to suspension, while Demarai Gray (ankle) and Matty James (Achilles) are also likely to be sidelined through injury.

Leicester will arrive in North London with a pitiful record away to Arsenal, having lost 19 and failing to win any of their last 25 visits to the Gunners since a 2-0 victory way back in September 1973.

Arsenal have won their last 11 home games against Leicester in the top flight.

Leicester have never won a Premier League game at either Highbury or the Emirates, but they did manage a 3-1 league win over the Gunners in May at the King Power Stadium.

What Prediction Does “The Head To Head” Analysis Point Towards?

The BettingEngine shows 7 picks for the game.

This league is not available to free members

A Brief Overview of Play The Percentage

Here you will find an overview of all the features…